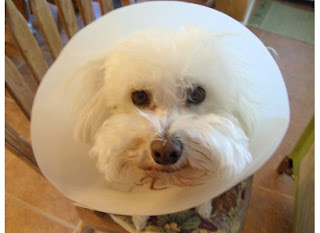 I thought about posting my blog this week and glossing over the fact that I did not post anything last week. It’s the first time in over 140 weeks that I have not posted. And I’m trying hard not to feel like a failure. Well, failure might be too strong a word, but it is disappointing that I put a halt to my great running streak.

Every day I thought about what I could write about, and practically all of my motivating themes were about babies. And I’ve said before that I don’t want this blog to turn into a baby blog. So, every day I tried so hard to think of other things, other thoughts that could turn into a little mini essay for my readers, but everything seemed lame, over-thought, trying too hard.

So I posted nothing. And I fought feelings of failure.

But I haven’t failed as long as I keep going, right? Like a dieter who gives into a box of donuts, as long as I get back on track I’m okay, right? One mistake doesn’t have to stop me forever. And I don’t want to ramble on about cheesy subjects just so that I post every week. I want my writing to mean something. I want to be proud of what I write, or if not proud, at least not embarrassed. So, I choose quality over quantity. That’s not failure, is it?

Failure is such a strong word. But failure is subjective. Pessimists probably feel they have lifetimes of failure, while optimists like me don’t see our shortcomings that way. I like being an optimist. Optimists never fail.
Posted by Shannon at 5:48 PM No comments:

So Much Music, So Little Time 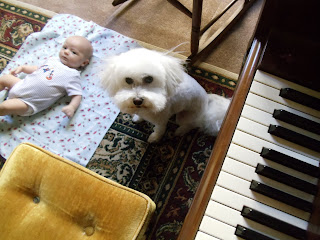 The book The Mozart Effect is on our bookshelves in the front room, but I’ve never read it. But no matter what it says, I do believe that listening to music as a child has a huge impact on who we become. So yesterday, our baby attended his first piano concert.

By “concert” I mean that he laid on the floor on a blanket by the piano and I played a few goodies for him. First was John Lennon’s "Imagine," my favorite song and the one I felt must be his opening number. Second I played the theme from Terms of Endearment, another song I have memorized and can play easily. Next I opened the easy piano book I played in junior high and the first song I saw was "Don’t Cry Out Loud," a song whose title I found ironically amusing to play for a baby. By this time he was starting to get restless, so I finished with "Memory," thinking the rocking melody might entertain him.

I wonder what my musical choices will do to my son’s development. As I played, I wondered if my occasional mistakes would affect his ear as an adult. Or would they make him more attune to the nuances of music?

Other music he has been introduced to during his life thus far? They played Classical and show tunes in the hospital while he was there. In the car I play either the Classical station or my Marc Cohn CD. The other day I introduced him to my cousin’s band BR5-49, and he showed his appreciation by sleeping through the whole thing. As he grows, he will get to know Billy Joel and the Beatles, who we always listen to during any car trip of 30 minutes or more.

Will these songs bring back distant memories for him when he’s an adult, the way James Taylor or Dan Fogelberg does for me? Those albums played on the record player in our living room when I was a kid, and they always feel like home.

The list of music to share with him keeps growing…Gershwin, Big Band, Richard Rogers, Fred Astaire, Broadway, Chicago, the Eagles, maybe some Jon Bon Jovi and Journey…so much music, so little time!
Posted by Shannon at 7:33 PM 2 comments: 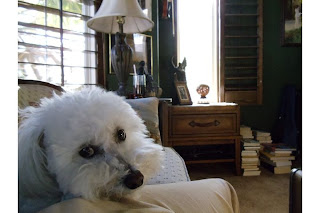 Can you say that you love your life? Or your job? Or the city you live in? This week I’ve been wondering what makes someone able to wholly, blatantly, unabashedly declare that they love these things. Is it because they truly have the ideal life or job or city? Or is it just their outlook that makes it possible? How many of you out there can say you love your life?

As a subscriber to Oprah magazine, I am regularly told that I should “Live my Best Life.” And I do try to do this. Oprah gives us advice on finding our dream job, lists of the happiest cities in the country, how to improve our lives by eating right and exercising and reading good books and meditating.

But sometimes this is annoying. It puts pressure on me if I cannot achieve pure bliss.

Instead of making a Vision Board of all the things I want, like Oprah suggests, with career goals and photos of hiking vacations and beach houses and all those things I aspire to do and to have, instead it makes me feel better to make an “Accomplishments Board.” This way, I can focus on what I’ve done and on what I have – the things I’m proud of.

This way, I can quit focusing on my To Do lists and sit back and enjoy life. Isn’t that Living my Best Life, truly?
Posted by Shannon at 7:31 PM No comments: 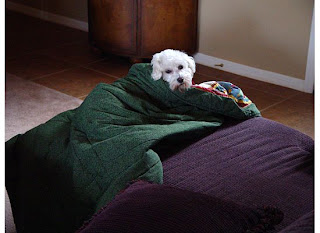 I’ve vowed not to turn this into a blog about babies, so that has limited my subjects for the week. George and I went to the dog park once, we went to a party at a friend’s house, but other than that my life has been full of formula, spit up, poop, and trying to nap. So, here is my topic for this week: sleep.

Unlike my husband who used to wake up in our new house when the refrigerator used to turn on downstairs, I have usually been a good sleeper. Bedtime is a comforting ritual, with snuggly covers, soft PJs, and far away memories of lulabyes and covers tucked in tight. To me, one of the best times of the day is that moment when you first wake up, when the house is still quiet and the light soft from the window.

Having my sleep interrupted every night, several times, is definitely unsettling. It interferes with that sacred time when my body rejuvenates and I de-stress from life. Going to bed and knowing I cannot fully escape into sleep gives the nightly ritual a negative tinge.

Isn’t sleep a strange thing? Where exactly do we go when we sleep? And I think dreams are fascinating – the idea that our brains continue on elaborate fantasies while we sleep hints at all the untapped power we have in our minds.

I have to admit, though, that in the middle of the night when I give him his bottle and he falls asleep with his mouth hanging open, I take comfort in his sleep even though I am exhausted. He is just so peaceful. Watching a baby sleep – or even watching George sleep – shows exactly the kind of sleep we all need. Pure comfort. Innocence. Peace.

And now I apologize, because that’s just about as deep as I can go this morning. I got up three times during the night last night, and as soon as I finish typing I am going to try to take a nap with George before the baby wakes again.
Posted by Shannon at 8:28 AM No comments: