This week I took a one-day class at UNLV from a businessman/instructor who walked by my car on the way to class wearing a hat with a long yellow feather sticking out from the top. (I love eccentric people like that! He later said he works as a clown on the side.)

Later during his lecture he asked the class, “Do we have any writers in here today?” I felt my arm flinch, wanting to raise it, but I didn’t. Then I sat there and wondered what I would have to do to feel able to call myself a “writer.” I write a weekly blog, so does that make me one? I’ve had a few articles in newspapers - does that qualify? Or do I hold the “writer” label up to higher esteem – maybe you have to have published a book, or have to be paid to write, to be called that lofty title.

There are many labels for myself that I wish I had, or ones that I wonder if still apply. For instance, I was a professional singer/dancer for fifteen years. I don’t perform any more, so can I still be called a singer, or a dancer? I could still do it, so does that qualify? Is an elderly woman who used to dance still able to call herself a dancer? If it is deeply ingrained in you – in who you are – does that allow you to keep the label?

I can’t help but think that quality and quantity have to apply. Someone who has had two weeks of dance classes cannot be called a dancer. Someone who sings in the shower isn’t a singer. So, have I earned those titles during my career – so much so that I can use them all my life? Or am I relegated to using them in the past tense?

I have had drawings and photographs accepted into art shows, and have even won awards and sold some of my work, but does that make me a photographer? I don’t think so.

There are two titles I would love to proudly display, those of “writer,” and even broader, “artist.” I think maybe I’ll be able to call myself a writer after I finish my book – my goal is to finish it this year, and then move on and tackle the 600 pages of a previously abandoned book. But the title of “artist” is more reverent to me. My mom was an artist, in every way. To me, an artist isn’t just a painter or someone who creates – the word means the person has a gift, a way of life, a view of the world – all which combine into someone who has earned the title. If I am ever able to call myself an artist, it will mean that I finally have gained true confidence.

So, who am I? (That sentence was a clue to the title of this post, for the musical theatre people who will get it.) I am one who does not claim titles irreverently. To me, you must earn them. I look forward to the day, someday, when I can proudly boast of who I am. For now, I write. I paint. And I create. And I’m happy with that.
Posted by Shannon at 8:44 AM 1 comment: 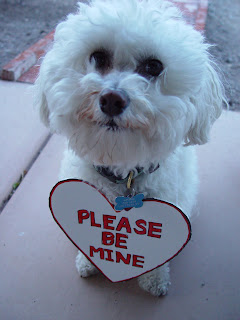 For this Valentine’s Day post, I will not gush about my husband (even though he is great) or tell some sappy story about love or wax poetic about the glory of Valentine’s Day. Instead, I have a story from my college days that is one of my favorites.

When I was a freshman in college I lived in an all-girls dorm at then-named Southwest Missouri State University, and when Valentine’s Day came I had no boyfriend, no dates, and no prospects. But I woke up that morning with a plan to not let the mushy, rosy-colored day get me down. I walked through the lobby of my dorm, past the front desk that was crowded with delivered bouquets of red roses and pink carnations, but even though none were for me, I walked on toward my morning class with the most positive of attitudes.

As I walked, I passed a group of girls who gushed about their boyfriends and admired one of the girls’ new necklace. I ignored them and walked on confidently, resolved in keeping my good attitude.

Further down the sidewalk, I met two couples in a row who walked arm in arm, the rosy haze of love evident on their faces.

I continued to ignore these public displays of affection, and I began to give myself an inner pep talk as I walked. “I don’t need a man. I am fine without one. I am a confident, attractive, young college student with a bright future, and it doesn’t matter that I am alone on Valentine’s Day.” I picked up my stride and continued my inner monologue, convincing myself to be positive. “It’s doesn’t matter that it’s Valentine’s Day! I refuse to let this day get me down!”

And at that exact moment, during that exact thought, I stepped in dog shit. Forgive my profanity, but “poop” doesn’t capture the emotion of the moment. I stepped in dog shit. And right there on the sidewalk outside Siceluff Hall, all my good thoughts flew out my head and I knew right there and then that I was supposed give in to the crappiness of my situation. The great Cupid in the sky was surely sending me a message. Sometimes the best of intentions are squelched in a single moment. Sometimes we're allowed to embrace the crap.

So, for all you readers who were be single on Valentine’s Day, know that I understand, because I was once there, in dog shit.
Posted by Shannon at 7:40 PM 1 comment:

Yes, I competed in the Olympics. 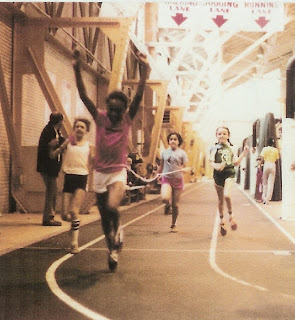 One morning this week, I watched a group of six adults run laps around the soccer field next to the dog park. One was more athletic and eventually passed (several times) all those who straggled behind and were forced to walk. And as usual, I sat on my bench and tried to get motivated to exercise more.

I was never an athletic child. Sure, I took dancing lessons, played in the hills behind our house, skied at our local ski resort, and went to the public pool every summer, but I was never considered athletic. I did win first place in the skipping contest in second grade, but I was always one of the last girls chosen when we picked teams in gym class.

Despite this, when I was ten years old I signed up to be in the regional Girl Scout Olympics and run the 880-yard race in the big town of Bloomington. I have no idea what possessed me. Maybe I didn’t want to be left out. Maybe I liked feeling important when adding my name to the list. Most likely, I didn’t know how far 800 yards was!

While I remember very little of that big Olympics day, the race itself is very clear. I was the only contestant there from my hometown, and I realized at the starting line that I was way out of my league. This was no longer the Girl Scouts; this was like the Olympics I had seen on TV. These girls did not look like ten-year-old me. They were tall, lean, and chiseled. They stretched at the starting line and warmed up, knowingly. I looked at them out of the corner of my eye, copying the way they put their feet on the starting blocks.

The gun fired and we were off. I began running, trying desperately to look like I belonged. Most of the girls easily broke away from the group and picked up the pace. I kept running, trying not to think about how tired my legs were. This was far longer than I expected, and the end was nowhere in sight.

The girls were all far in front of me now, and I began to get embarrassed. I fought the urge to cry, and instead adjusted my arms to the position the other runners used. I tried not to imagine what the bystanders were thinking as they watched me straggling behind.

Eventually as the race went on, a runner moved to the side and slowed to a walk. As I passed, she leaned over with her hands on her knees in exhaustion. “She’s quitting!” I realized in surprise. And as I continued, another girl slowed to a walk, then another.

I kept running. By this time I had very little energy left. But I kept running. We had gone around the track 1½ times when I began to cry. I was tired and embarrassed and overwhelmed and wanted my mom. By now I had no semblance of form left. I saw the tallest, most graceful girl cross the finish line far ahead of me, with her arms thrown above her head and her back arched against the tape. An eternity later, I crossed the finish, my arms and legs flailing wildly, and sobbing uncontrollably. I kept running straight into my mother’s arms.

At the time, the race was not a momentous occasion. Mom cleaned me up and we drove home, stopping for ice cream on the way.

But looking back I am very proud of that day. Now when I face obstacles as an adult, I see my 3rd place ribbon and remember that somewhere deep down I have an inner strength. The little girl in me remembers that I am not a quitter. I may flail a little and shed a few tears, but overall I can hang on through anything.
Posted by Shannon at 10:10 AM No comments: 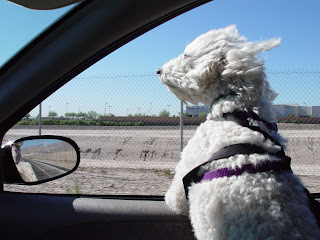 This week was particularly stressful – not because anything specific happened – I just had trouble handling Life this week. And I think this is the reason it took me forever to come up with a blog topic. I mean, everything I came up with was negative (topics inspired by work or my uncharacteristically depressed outlook)…and I don’t want this blog to be a downer!

So, as always, I looked to George for inspiration. Yesterday he went with us for a ride in the car – to the car wash which scared him a little – and he was in heaven, riding with his head out the car window the whole way there. And for a moment I envied him. I mean, the most stress he ever has is when he’s scared of the vet or doesn’t want to go to bed. The rest of his life is full of excitement (going for a walk!), satisfaction (belly rubs), and eternal optimism (a crumble of bacon could fall from the table at any time!).

What is the human equivalent of a dog with his head out the car window? A ride on a motorcycle? A ride on a roller coaster with your hands in the air? A ride down the ski slopes with the cold air in your face?

Or maybe it is just living in the moment. Grasping every possibility and enjoying the experience to its fullest, no matter how small.

So, as I try to come out of my stressful week, I will try to follow George’s lead and appreciate the small stuff. It’s a trite cliché, but it’s overused because it is so important, right?

Labels: optimism, priorities, stress
Newer Posts Older Posts Home
Subscribe to: Posts (Atom)
ALL my images and text are Copyright Protected and may not be used for any reason without express written permission. © Shannon Cangey All Rights Reserved.