Poop On The Wall 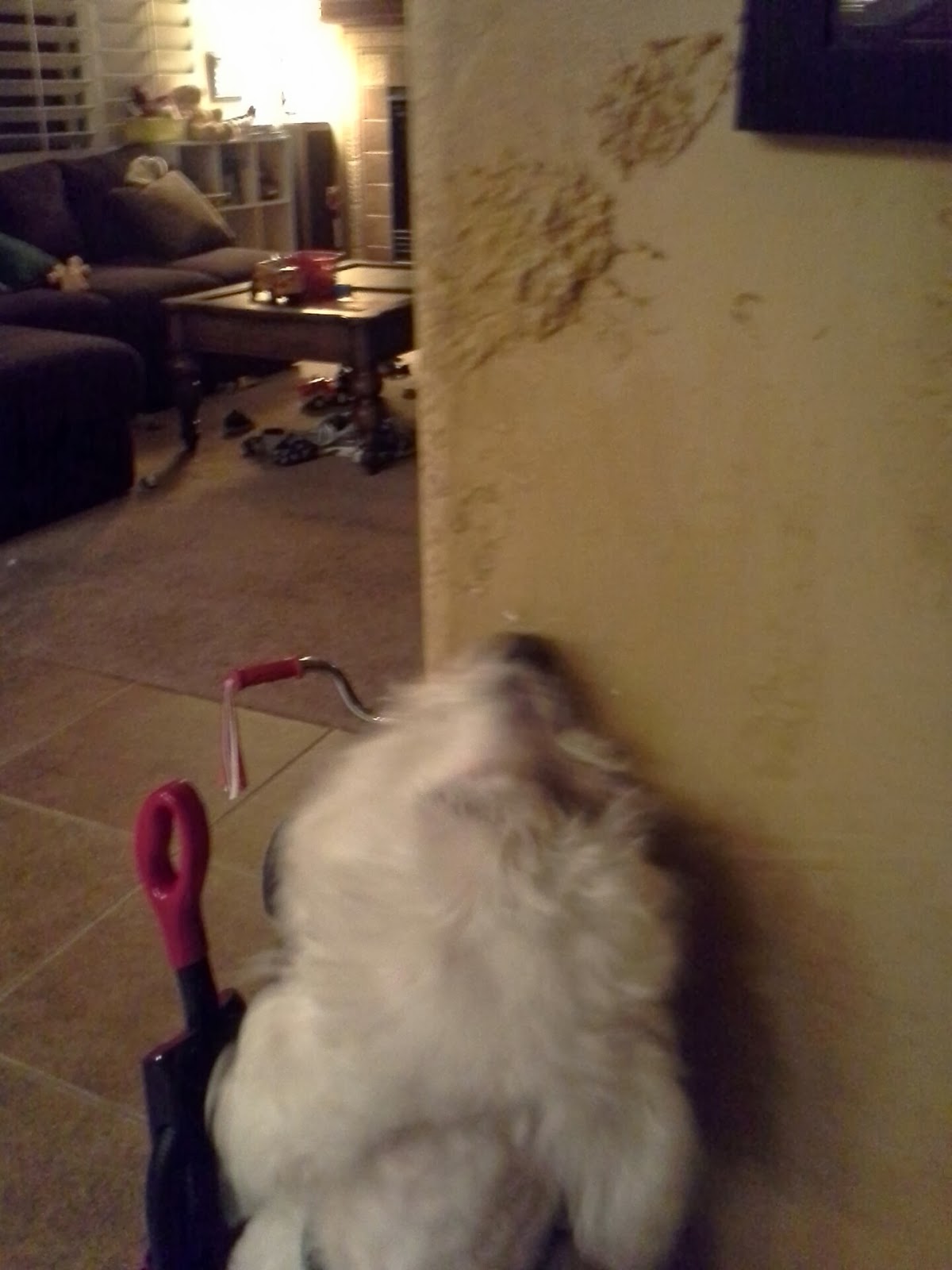 This is a story involving a toddler, and it exemplifies our life right now.

Our son is going through potty training and is doing pretty well. But as part of his new found independence, he likes to take his diaper off at random times and run around naked. Usually this is no big deal, except for making sure that after he takes it off we don’t hear “I pottied!” from the living room.

This weekend, he stood in the kitchen and I heard the unmistakable sound of the release of diaper tabs, and when I looked up I saw him fling his diaper. Usually he just drops it, but this time he flung it in an arc around his head, causing it to hit the wall and land across the room with a splat.

Then George began to whine excitedly. He was on his hind legs up on the kitchen wall. And that’s when we saw it.

Apparently our walls are painted the exact same shade as toddler poop. Perhaps Sherwin Williams should change that paint color name to Toddler Poop Brown.
Posted by Shannon at 9:23 AM 1 comment: