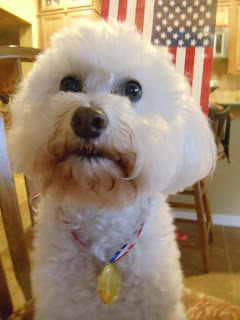 One day, I’m going to the Opening Ceremony of the Olympics – it’s on my Life List, along with walking the Thames path, seeing the Tour de France, and publishing a book or two. I’ll probably embarrass my husband and son terribly because I know I’ll cry during the whole thing. Surely the “all the nations coming together” vibe gets many people choked up?

I’ve always been a sucker for grand events like the Olympics, ever since I was a Spanish interpreter at the Pan American Games in Indianapolis the summer of my sophomore year of high school. Don’t be impressed by my mentioning of “Spanish Interpreter” – they invited high school Spanish students from all over the state to come give whatever assistance they could, and mine was minimal.

But it was a great experience. We students got together for a whole week prior to the games, to brush up on our Spanish skills, learn about the events and procedures, and learn the lyrics to “La Bamba.” And during my week of volunteering, I met so many interesting people – became pen pals with a judo player from Venezuela, played checkers with guys from the Virgin Islands and Cuba, and was once driven quickly across the Athlete’s Village to interpret for a female athlete from Chile.

And before the games began, Mom and I went to the Opening Ceremony at the 500 Speedway. It was just like the ceremonies on TV, just smaller scale, and I remember exciting moments of jets flying overhead and gymnasts performing stunts on platforms at the tops of the bleachers. We sat in the “card section” and added to the spectacle by holding our yellow cards up at just the right time, to create a scene on the stadium where we sat. We never did know what kind of picture we all made together, but it was fun being a part of it all! Unfortunately I don’t have any photos to share from the ceremony, because my film was erased when I went through Security at the Athlete’s Village the next day.

A few years before that, I experienced my first Olympic excitement when our high school band traveled to  perform at the Los Angeles Olympics. I was too young to go, but as part of the junior high band we learned the music with the older students. To this day, I can still play the main theme of that year’s Olympics on my flute, but my fingers still stumble when going from that high G to F to E. (I can also still sing all the lyrics to "La Bamba.")

So, when will I go to the Olympics? And more fun, where will I go? South Korea would be fascinating in 2018, but Jude would still be a little young for a trip like that. Maybe Istanbul, Tokyo, or Madrid in 2020? Olympic Committee, tell me, where will we travel to?
Posted by Shannon at 9:29 AM

Newer Post Older Post Home
Subscribe to: Post Comments (Atom)
ALL my images and text are Copyright Protected and may not be used for any reason without express written permission. © Shannon Cangey All Rights Reserved.